Little Mix have teamed up with Saweetie on their first new music since Jesy Nelson quit the girl group.

Perrie Edwards, Jade Thirlwall and Leigh-Anne Pinnock have been busy working on new material since the departure of Jesy, who announced in December she was leaving because of the impact being in the band was having on her mental health.

And now they’ve announced a new version of ‘Confetti’ from their 2020 LP of the same name featuring the US rapper will arrive on April 30.

The girls tweeted: “The news you’ve all been waiting for… our brand new single Confetti featuring @Saweetie is out 30/04.”

It’s not known if Jesy’s vocals will still be on the new cut.

Meanwhile, it was reported over the weekend that the 29-year-old singer is at the centre of a £2 million bidding war between rival record labels.

Jesy has been in the studio recording new material and various record labels are now keen to secure her signature.

A source claimed: “Jesy’s tracks have got the music industry in a spin and she has big-money offers on the table from a few key record labels all desperate to sign her.

“It’s an exciting time for Jesy as she’s in a great place and has loved being creative in the studio.

“If all goes to plan she’ll have music out this year and will have some sure-fire hits. The world is her oyster.”

Jesy has been busily working with the likes of Patrick Patrikios and Hanni Ibrahim, the songwriters who helped to pen Little Mix’s 2016 hit single ‘Touch’.

The pop star announced her decision to quit the BRIT Award-winning band via a lengthy statement posted on her Instagram account in December.

At the time, she explained: “I need to spend some time with the people I love, doing things that make me happy.” 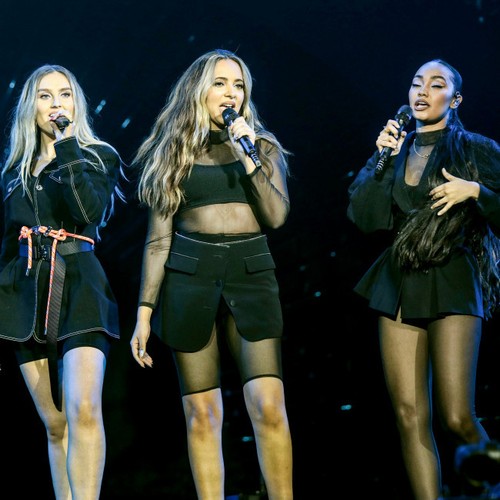 Glastonbury has called on fans to design flags for the upcoming 'Live At Worthy Farm' livestream event.The festival's special concert will bring together performances from the likes of Coldplay, Haim, Damon Albarn and Jorja Smith in what's been described as a "journey through all of those spots that you know from Worthy Farm".To make the event even more special, organisers want fans to make their own flags to feature in […]