Kehlani comes out as a lesbian

Kehlani identifies as a lesbian.

The 25-year-old singer, who previously identified as queer and pansexual and uses she/they pronouns, announced she’d recently had a revelation about her sexuality as she took part in her photographer friend Jamie-Lee B’s Instagram Live on Tuesday.

“Y’all think there’s something new about me. You wanna know what’s new about me? I finally know I’m a lesbian,” she told viewers.

“Woah, bomb drop!” her pal laughed as Kehlani moved away from the camera after making her announcement.

Kehlani’s coming out followed an interview with The Advocate, in which she explained that she feels “privileged” to be able to be so open about who she is while pursuing a music career.

“I think a lot of artists who we talk about and say, ‘Oh, they had to come out or they had to do this,’ a lot of them can’t hide it,” she said. “I didn’t even really have to come out in my private life. I don’t walk down the street and people look at me and go, ‘Oh, I bet she’s queer’ or ‘I bet that she’s into women’ or anything like that because of the way I present.

“That’s all privilege and I think that there are quite a few artists who were truly at the forefront but weren’t able to make the strides that I was able to make being 100 per cent myself because of the way they present and the biases and the phobias of the American public and the world. I’ve been lucky, super lucky.”

Kehlani has previously been in relationships with basketball player Kyrie Irving and rapper YG, and has a two-year-old daughter named Adeya with her guitarist Javaughn Young-White. 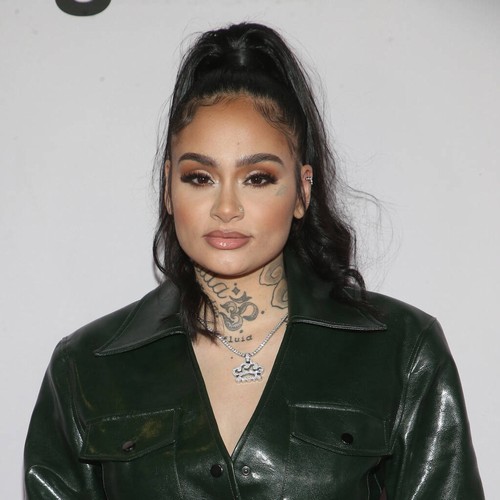 Police have responded to security alerts at Duke and Duchess of Sussex's Southern California home nine times in as many months, official figures reveal.Since Harry and Meghan moved in to their Montecito mansion with one-year-old son Archie in July last year, the Santa Barbara County Sheriff's Office has dealt with calls recorded as phone requests, alarm activations and property crimes. The data, obtained under Freedom of Information laws, was released […]