Carrie Underwood has raised over $100,000 for Save The Children with her ‘My Savior: Live From The Ryman’ live-stream.

The Grammy-winner played a special Easter Sunday (04.05.21) gig live from The Ryman in Nashville, Tennessee, and performed traditional hymns covered on her new album, ‘My Savior’.

The concert is available to watch for 48-hours only on her Facebook page and the donations will provide much-needed funds for the children’s charity.

Carrie said of the performance: “It means so much to be able to bring this event to people in their homes on a day that holds so much meaning for us spiritually and to be able to raise much-needed funds and awareness for the incredible work of Save the Children as we celebrate the importance of family.”

Meanwhile, the 38-year-old country pop star recently admitted she has missed being able to use her musical “gift” to entertain fans at shows.

She admitted: “I love singing so much. I forget how much I love it until I haven’t gotten to do it for awhile, which was all last year! Other than being in the studio, of course. But being on stage and having a microphone in my hand, I feel so at home. I feel at peace. I love being on the Ryman stage and singing these songs that I love so much.

“Life is so much better with a soundtrack, right? No matter what I’m doing if I’ve got music on, it just seems to make things better. People connect to it, people relate to it. It’s a need. There’s a reason the birds sing, there’s a reason people walk around humming, and we’ve all been given the gift of loving music or playing music. It is a gift.” 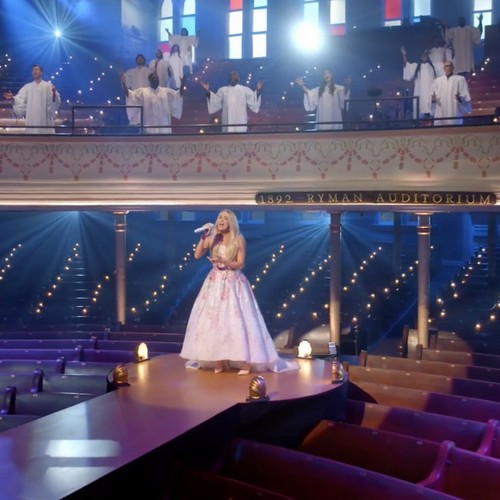 In a swift turnaround after a warm and sunny Easter Sunday, Britons have braced for near-freezing temperatures as snow falls in some parts of the country.People woke up to snow in parts of Scotland and northern England after forecasters warned the country would face a "bitterly cold day" on Easter Monday. The Met Office has issued yellow warnings for wind and snow for most parts of Scotland, as well as snow and ice warnings in Northern Ireland and some areas […]