The video pays homage to the iconic music videos of the early 2000s, an era when the music video began to reach its full potential. In the ‘Peaches’ video, Justin salutes the music videos from hip-hop legends like Diddy and Dr. Dre who pioneers the videos with the big looks, big budgets, superstar cameos and all the elements that defined the golden age of hip-hop.

The video is directed by Colin Tilley, who worked with Justin on the cinematic music videos for “Hold On”, “Holy” and “Anyone.”

Speaking about the single, Justin says, “What was cool about this is that I wrote this on a piano. I posted a little clip on my Instagram, and then one of my producer friends actually heard it, took the little clip from my Instagram and made a whole actual beat to it. So it came about kind of pretty organically. It’s more of like a West Coast, fun, uplifting, bouncing record that you just kind of want to dance and move to…”

Plus tonight he will be on Comic Relief on BBC One for his first UK TV performance in 5 years.

Justice is Justin’s sixth full-length album, following 2020’s Changes. The new album showcases 16 songs, including previously-released tracks like “Holy” featuring Chance the Rapper, “Lonely” with Benny Blanco, “Anyone,” and “Hold On,” (all three currently reside in the Top 40 on the Billboard Hot 100 songs chart) in addition to guest appearances from artists like Khalid, the Kid Laroi, Burna Boy, Daniel Caesar and Giveon, and Beam.

2 Much
Deserve You
As I Am feat. Khalid
Off My Face
Holy feat. Chance The Rapper
Unstable feat. The Kid LAROI
Interlude
Die For You feat. Dominic Fike
Hold On
Somebody
Ghost
Peaches feat. Daniel Caesar and GIVEŌN
Love You Different feat. BEAM
Loved By You feat. Burna Boy
Anyone
Lonely w/ benny blanco

Justin says of the album:

“In a time when there’s so much wrong with this broken planet, we all crave healing – and justice – for humanity. In creating this album, my goal is to make music that will provide comfort; to make songs that people can relate to, and connect to, so they feel less alone. Suffering, injustice and pain can leave people feeling helpless. Music is a great way of reminding each other that we aren’t alone. Music can be a way to relate to one another and connect with one another. I know that I cannot simply solve injustice by making music, but I do know that if we all do our part by using our gifts to serve this planet, and each other, that we are that much closer to being united. This is me doing a small part. My part. I want to continue the conversation of what justice looks like so we can continue to heal.”https://www.instagram.com/p/CMiCzNRnQZQ/?igshid=1xguqy3paurc8 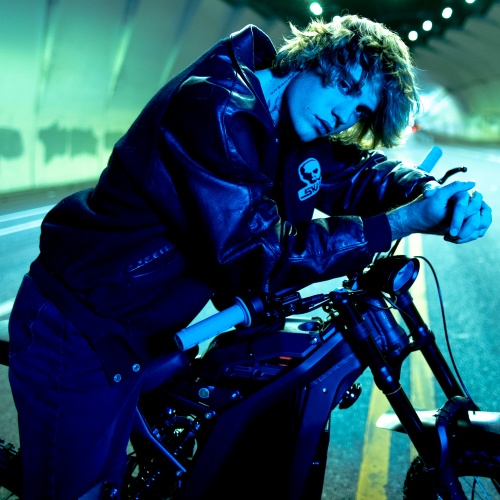 A serial stowaway is back in jail after being arrested at Chicago's O'Hare International Airport.Marilyn Hartman was subject to a court order forbidding her from going anywhere near the airport. The 69-year-old's electronic monitor was allegedly activated when she left the facility where she was staying, prompting officers to start tracking her movements.She was apprehended as she neared the airport on a train on Tuesday.Hartman has been illegally boarding planes, […]