H.E.R. is going ‘full throttle’ with her acting career

Following her debut in comedy ‘Yes Day’, which saw the singer-and-actress star alongside Jennifer Garner, the US star – whose real name is Gabriella Wilson – has revealed she is focusing all of her energy on her screen career.

She said: “I’ve been so focused on making music but I think it’s time now for me to go full throttle with acting. I’m working on that right now, following my passion for acting.”

On working with the ’13 Going on 30′ star, she added to Entertainment Weekly: “[Garner] was so sweet and so much fun. We got to improvise a little bit. It really was just such a fun environment.

“She told me she loves my music, which is really cool. Plus, my band got to be a part of it with me, which was so dope. It was such a surreal experience for me.”

At the weekend, the acclaimed performer scored the Grammy for Song of the Year with her moving track, ‘I Can’t Breathe’, which was inspired by the final words of George Floyd, whose death sparked global Black Lives Matter protests last year.

H.E.R. also landed an Oscar nomination for ‘Fight For You’ from ‘Judas and the Black Messiah’.

Meanwhile, the ‘Best Part’ singer previously admitted she is thrilled by the recognition she has received for her songs and is just “grateful” for every success she has been blessed with.

She said last year: “It’s insane. It feels like I’m exactly where I’m supposed to be. I’m grateful I just love music so much. To be recognised for it, it’s just exciting and it’s amazing I’m happy to be here.”

The 23-year-old singer previously opened up about how music was a large part of her life since she was a kid.

Speaking about her early years in music, she added: “I really didn’t have any formal training. My dad is a musician. His band rehearsed in our living room. Sometimes I would sneak in while they were taking a break and play on the drums, piano, guitar and bass. I kind of found my way. And my father taught me how to play the blues. To live your truth and sing your truth, that defines success. I think a lot of people are getting back to that real, honest music. That’s what R&B is. It’s raw.” 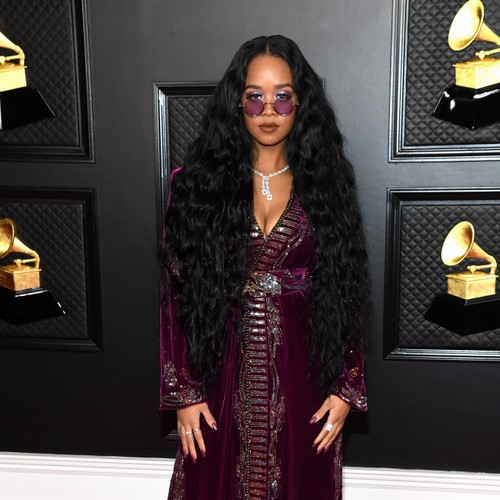 Ocado has revealed it is in talks with a "large number" of retailers internationally about new technology partnerships while reporting a renewed surge in online grocery sales.The company, best-known as an online grocer through its partnership with Marks & Spencer, is also a provider of robotic warehouse technology. The latter part of its business has been the main driver of a remarkable share price hike in recent years, that saw […]